It was my extreme pleasure to return to the west coast for a jaunt with dear friends John Bellows, Glenn Hendrick, and Sydney Roth. Some highlights include a show in a 100+ year old cabin (audio forthcoming), playing on Berkeley Public Media TV (video forthcoming), a night of Twin Peaks vibes and paranoia in Redding, CA (video and audio redacted) & catching a glimpse of deep Chicago and Nashville friends who are now LA rezzies. Thanks so much to everyone who facilitated, played, and listened. Thanks also to John and Glenn for their friendship and music and to Sydney for the same plus singing with me every night. Below is our route for your sleuthing pleasure and the only three photos I’ve got to prove it all even happened. 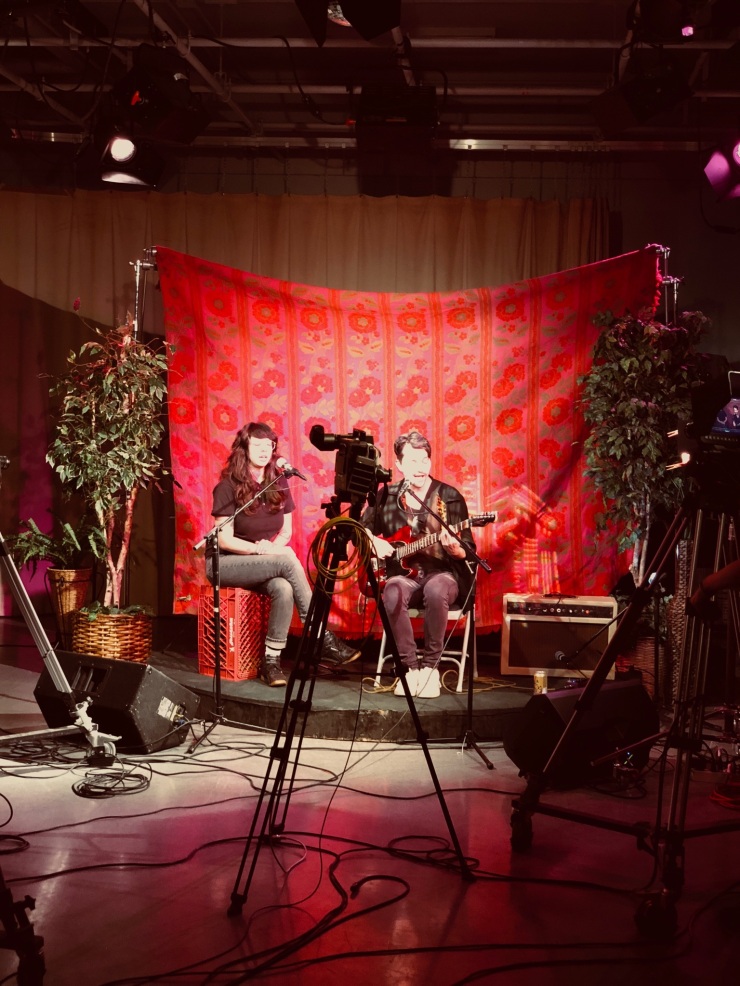 Being filmed turning 36 on community TV in Berkeley with Sydney Roth. Photo by Glenn Hendrick.

Glenn with horse and cop as John and Rio the dog pose in background as runner approaches in Oakland.

Tarot reading administered by Glenn at a juice bar in LA. Youch, that’s a lot of swords! Also, that sun card was reversed so wish me luck.